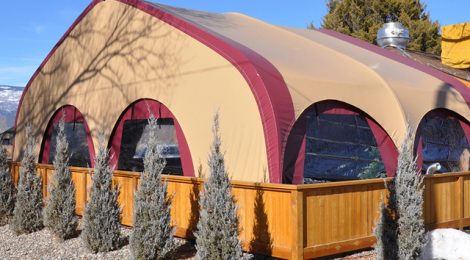 Winter Tents for Your Downtown 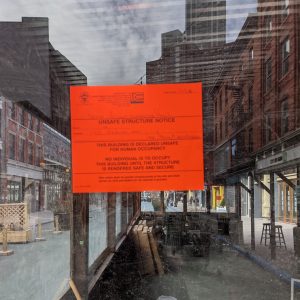 Update January 13, 2021: Since the writing of this article, the NJ Department of Community Affairs has issued new guidance for the use of outdoor space during winter months.

The guidance stipulates that any establishment that wants to continue to use tents over the winter (starting from November 30) must apply for a Uniform Construction Code (UCC) permit through their local construction office. Permits must also be filed for any electrical equipment, wiring, and mechanical equipment that is used for the tent or structure. If portable cooking equipment, portable propane heaters, or similar items are located under the tent it must be maintained in accordance with the Uniform Fire Code (UFC) and reviewed by the local fire official.

In addition to tents, structures such as dining domes (including bubbles, igloos, huts, etc.), are permitted for outdoor dining and may be erected for use without a UCC permit if the area is less than 120 square feet. According to the updated guidance, if an establishment erects a dome, it must be deconstructed on a daily basis and secured, but not anchored, so it can easily be lifted if there is an emergency evacuation. However, if domes are over 120 square feet in area and used between December 1 to March 31 a UCC permit and variation provisions are needed as noted above for tents. No matter the size of the dome, if there is a heating source, such as a portable propane heater, the local fire official would review the heat source clearances to ensure compliance with the UFC.

So, you’re thinking about putting tents up to extend outdoor dining through the winter, but aren’t quite sure of the requirements or how to go about doing it? Ok. This article is for you. As a general disclaimer there is no substitute for working with qualified professionals including tent manufacturers, suppliers, and your local officials including the Building Department, fire inspector, and others. 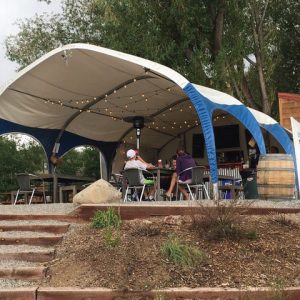 When putting up a tent, there are three primary considerations – wind load, snow load, and fire rating. Let’s take them one by one.

1. Wind load In our area it is 140MPH and as a result of executive orders this reduces to 100MPH after December 1, 2020. The idea here is to avoid putting up structures in hurricane season that might be susceptible to being blown away. Even under normal circumstances it is important to make sure that the tents are properly weighted down according to manufacturer specifications.

2. Snow load The minimum snow load requirement is 25 lbs. per square foot as of November 1, 2020. We are erring on the side of caution to quite a bit more than that around 47 lbs. Consideration for snow removal is important too.

3. Fire-rated This is going to be most important for the winter, especially when heaters are added. There should be a UL label on the tent with its fire rating information. Alternatively, some manufacturers provide a Certificate of Flame Resistance letter with the ratings. Probably best to be proactive and make sure that the tent manufacturer and your local fire inspector confirm the tent is fire rated before ordering anything. 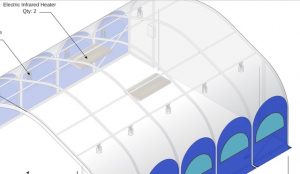 That gets to the tricky issue of heating a tent in winter. There are two primary methods – propane blowers or infrared electric heaters. Complicating things for the blower method is the New Jersey requirement that 50% of walls must be open no matter what the temperature. So that rules out the blower method as wildly inefficient from an energy consumption and cost perspective. This leaves infrared electric heaters, which work by emitting rays of heated light to create zones of warmth. Infrared heaters warm objects rather than the surrounding air, so they provide advantages when you are unable to heat the air envelope inside an enclosed tent. 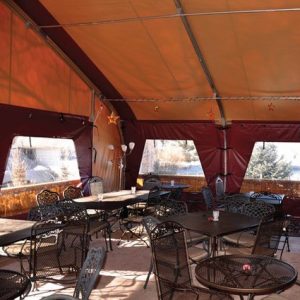 Once you’ve built consensus around the idea, it’s time to narrow down the options for your downtown spaces. Bringing a professional into the conversation who is familiar with your needs, as well as with local and state requirements, can save countless hours. In September, Angela Pineiro, president of Blue Parachute Print and Promo in Metuchen, began researching high-end semi-permanent tents for Metuchen’s downtown. After reaching out to several manufacturers in the United States and Canada, Pineiro identified Weatherport, a division of Alaska Structures, as the best choice for Made-in-the-USA fabric structures, based on their 50-plus year history, adherence to local and state regulations, engineering standards, ease of installation, responsiveness, and turnaround.

“I am so happy that Blue Parachute is Weatherport’s local distributor,” Pineiro says. “Expanding Blue Parachute’s offerings from Metuchen to other downtowns and individual restaurants will enable them to bypass the daunting upfront legwork and concentrate on all of the other things they need to do to keep their businesses afloat during this pandemic. I’m looking forward to helping New Jersey restaurants expand their capacity beyond the walls of their dining rooms.”

One last consideration is wind breaks. These can be made of vertical poles, bushes, boughs, bundled rushes, or other materials either in a semicircle or a straight line. Traditionally Native-Americans used these to protect tent entrances, and during winter windbreaks extended entirely around structures. Adapting this technique to protect your tent while allowing circulation of air might be advisable.

Which brings us to one final idea – koatsu tables. These have a heating element beneath them, and a blanket over the table draping downward to keep the heat in, then finally a hard board over the top for a serving surface (so the blanket does not get dirty). As part of the Winning Winter Challenge, we want to see what downtown in New Jersey is the first to put a koatsu table out. Share a photo using the hashtag #winningwinternj and we might feature your innovation.

Having covered the technical requirements, the most important advice has nothing to do with the “what”, but rather, the “how” of getting tents put up in your downtown. The process starts with having a strong working relationship with your local government officials. Part of that is having clarity of purpose – something like “we all want to see our local small businesses and restaurants survive.” With that your job as a downtown manager is to build density of trust among everyone involved. This is done by speaking with businesses early and often about your plans. Being equipped with facts allows you to be an authority figure who is helping to build consensus around a shared purpose. When businesses see you are working on their behalf, that creates the feeling of being a team of people working together to make things better. Over time you might be amazed by what you are able to accomplish.

For more ideas on how you can use your outdoor space over the winter months also check out the Winning Winter Downtown Management Forum recap, and the Winter Dining Guide from StreetSense.

Disclaimer: Please consult with your tent manufacturer, supplier, and local officials before purchasing/installing a tent to make sure your project meets code.