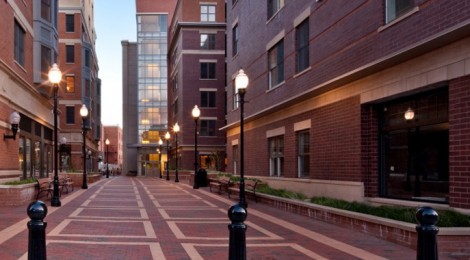 / / Comments Off on Will Downtown Retail Soon Rebound? / Industry Trends

Downtown New Jersey has selected the following story as a Guest Post in an effort to share a variety of information with our members.

Recent press reports have indicated increased retail sales and I am seeing in most media reports on the subject a kind of optimistic mood emerging about this sector’s recovery. I would suggest, however, that in looking at retail one should keep in mind the “show me the money” rule, i.e., to identify where consumers will be getting the money for their increased retail expenditures. The family house as a “piggy bank” from which consumers took about two trillion dollars in the years prior to the recession is basically gone. Median incomes have not really improved and most of the income increases have gone to the wealthiest households. Unemployment is slowly declining. Gas prices, child care, tuition and medical expenses have all continued to increase faster than inflation. There does not appear to be much room for increased household retail expenditures.

The one area where there may be some wiggle room that will allow the 60% of our households that fall into the middle income category to increase spending is credit. As Floyd Norris recently noted in his NYT column, American households have been reducing their debt burdens: see article.

Some hedge fund mangers have suggested that in our current situation households are bringing down their debts and then using their new available credit to buy things until they again reach a level where they feel uncomfortable, when they will again buy less until they bring their debt levels down. I think they are correct and that we can expect retail sales to follow a bumpy up and down path for many years to come.

However, this pattern is far more likely to hold for downtowns where the median incomes of their trade areas’ households fall in the middle income range. In contrast, those, such as Morristown, NJ or Wellesey, MA, where the median household incomes are well above $90,000/yr are already finding that retailing is improving in a less choppy and more consistent pattern.