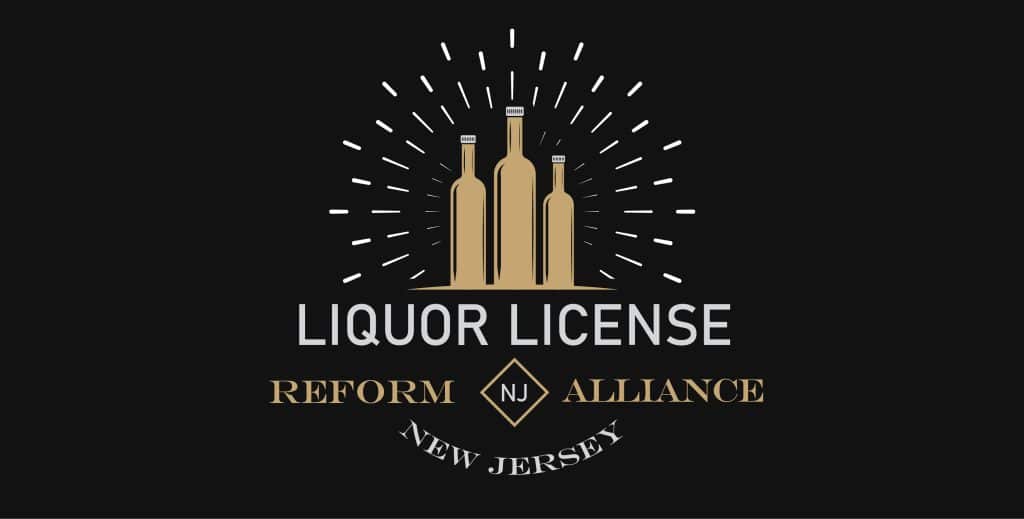 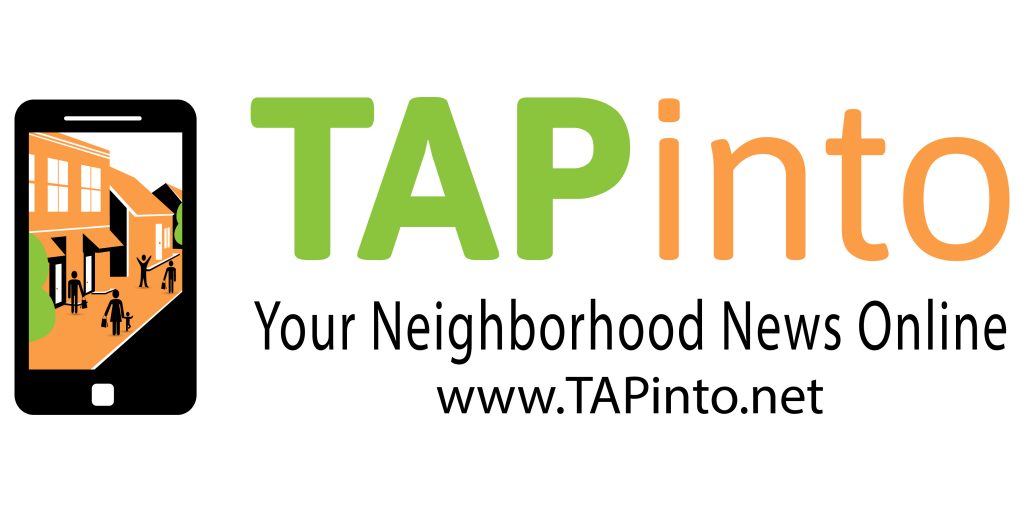 Thank you to TAPInto for being the Media Sponsor of this event. Check out their article Westfield Thirsts for Expanded Liquor Licensing, Something NJ Bill Might Deliver.

With the recent introduction of S2964/A4925, Senator Gopal and Assemblyman Bergen recently joined the chorus of legislators calling for expansion of liquor license laws. Downtown New Jersey and an alliance of organizations, merchants, and public officials believe that now more than ever, reform is needed to help our small businesses survive and thrive during the ongoing public health emergency. But the reasons for reform extend beyond the current economic hardship, reform has long been needed to support small business, enable a more equitable system, and help NJ retain its regional competitiveness.

On December 4, 2020, Downtown New Jersey hosted a Town Hall event to discuss a path to reform.

Anthony Pizzutillo, Principal of Pizzutillo Public Affairs, began the town hall with a brief overview of liquor license policy in New Jersey and the impact on small businesses. Studies have shown that small, niche restaurants drive economic development in small towns, not only in New Jersey, but across the country. However, the laws governing liquor licenses in New Jersey were created post-prohibition and strictly limited licensing, allowing only one restaurant & bar (aka plenary) license per 3,000 residents in a municipality. As a result, liquor license policy has held economic development in the State back and has put the state in a disadvantaged position relative to other parts of the country. The most recent pieces of legislation (S2964/A4925) are not the first to try to reform New Jersey’s liquor license laws. Over the last several years there have been several bills introduced in an attempt to reform the antiquated liquor laws, including Assemblyman Burzichelli’s special restaurant permit (A1700), but none have passed.

Many see liquor license reform as a way to help small businesses, particularly restaurants who were among those hardest hit by the economic repercussions of the pandemic. According to restaurateur George Constantinou, who is the owner of several establishments in Brooklyn as well as Miti Miti Latin Street Food in South Orange, the standard costs for restaurants to sell food is about 30 percent labor and 30 percent inventory, while the cost to sell alcohol is about 5-10 percent labor and 10-15 percent inventory. That means it costs the restaurant between 20-25 percent to sell alcohol, but about 60 percent to sell food. Thus, businesses are more profitable when they can sell alcohol along with food. The benefit to restaurants to be able to sell alcohol extends not just to the bottom line, but to the talent the business is able to hire, since higher table tabs means larger tips.

Obtaining a liquor license in New Jersey is difficult and expensive, with many costing hundreds of thousands of dollars, and some peaking over a million. When compared to New York City, where a liquor license is obtained through administrative process for about $4,000 every two years, New Jersey licenses are considered exorbitant, and turn many new restaurateurs away. The expensive and limited nature of the license is detrimental to potential business owners, as well as to the downtowns and municipalities they are located in.

The conversation around liquor license reform should not only be in the context of alcohol, but also in the context of broader economic development. More liquor licenses support an overall main street ecosystem. Restaurants help draw people downtown, those same people then shop in downtown stores. Liquor sales in restaurants not only help the businesses bottom line, alcohol is an added draw to consumers. In the absence of reform that expands the ability to increase the number of liquor licenses in municipalities, many towns are turning to loopholes, such as concessionaires’ licenses. As Mayor Brindle points out, towns don’t really want to be in the business of owning land just to enable more liquor licenses, but their hands have been tied by the current laws.

The leading legislative initiatives mentioned above, do not represent a complete overhaul of liquor license policy. Instead, they authorize special permits for tableside service of alcohol in establishments that also sell food. The economic hardship of the pandemic has highlighted the point that restaurants need to expand sales while reducing costs, which the relative high return of alcohol sales enables them to achieve. Concerns about the ability of restaurants to survive the pandemic has generated as upswell of support for reform among municipalities, business districts, restaurant owners, and consumers.

The main objection to reform legislation is concern that expanding the ability to serve alcohol to more businesses will devalue existing liquor licenses. There is recognition that many have made a significant investment and/or saw their license as an asset to supplement retirement. There was consensus among the legislators on the panel that current plenary license holders need some form of compensation to protect this asset. The extent and amount of compensation is one point that must be worked out before any legislation moves forward. Both leading pieces of legislation include tax credits as a means of compensation. Many suggest that the fees collected for the special permits are a good source of revenue to offset the cost of compensation.

Another common argument against liquor license reform is that it will create too much competition. Panelists again pointed out that more and better restaurants are a draw to consumers, and that a robust business district is good for all businesses within it. Mr. Constantinou cited his own three restaurants within the same block in Brooklyn among many other restaurants in the district as an example of how competition helps create a destination. Another panelist pointed out that this is the only business that is protected from competition by the State. Shifts in land use patterns, technology, and consumer demand create winners and losers all the time, but the current liquor license laws are creating a protected class of business owners. One legislator pointed out that the current laws could actually open the State of New Jersey up to a class action lawsuit for restraint of trade.

While previous bills were not successful, Assembly Deputy Speaker Burzichelli, Assemblyman Bergen, and Senator Gopal were optimistic that liquor license legislation had a good chance of succeeding in the near future. Leadership within the New Jersey Division of Alcoholic Beverage Control has already signaled a receptivity to flexibility previously unheard of, as evidenced by the concessions made during the pandemic related to extension of premise and delivery of alcoholic beverages. The NJ Restaurant & Hospitality Association, who previously was against reform, has shifted to a neutral position, which is a win in the eyes of many. Local elected officials are speaking out, as are chambers of commerce and business districts, and small businesses. Given the urgency brought on by the economic impact of the pandemic, the legislators expect that there will be movement on reform legislation in the first quarter of next year.

All three legislators urged supporters to contact their Senate and Assembly representatives, and to do so often. They also recommended that towns pass a resolution in support of reform and share that with their district offices as well (see sample resolutions>). Downtown New Jersey will continue to follow this issue and work with legislators to move a reform bill forward. Be sure to sign up for our newsletter to receive news, updates, and action alerts. 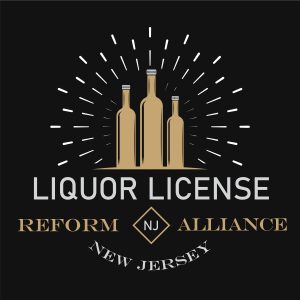 The Liquor License Reform Alliance was formed to show broad and diverse support for changing New Jersey’s archaic liquor license laws that are an impediment to many restaurant’s ability to survive and thrive. The alliance is calling for reform in order to help our small businesses, promote equity, and enable New Jersey to better compete in the regional market. The COVID-19 pandemic has illustrated how important a liquor license can be for a restaurant’s survival. Currently, the alliance is not supporting a specific piece of legislation, as the pending liquor license reform bills are still in their early stages and will doubtless change over time. The Alliance supports general reform of New Jersey’s outdated liquor laws, and will work with the NJ Legislature to create reasonable and equitable legislation that recognizes the needs of NJ’s small business owners, as well as existing license holders. We welcome you to join the Liquor License Reform Alliance to be listed on this webpage, receive call to action emails, and generally provide moral support to this reform initiative.

If your governing body wishes to codify their support, check out the sample resolutions>