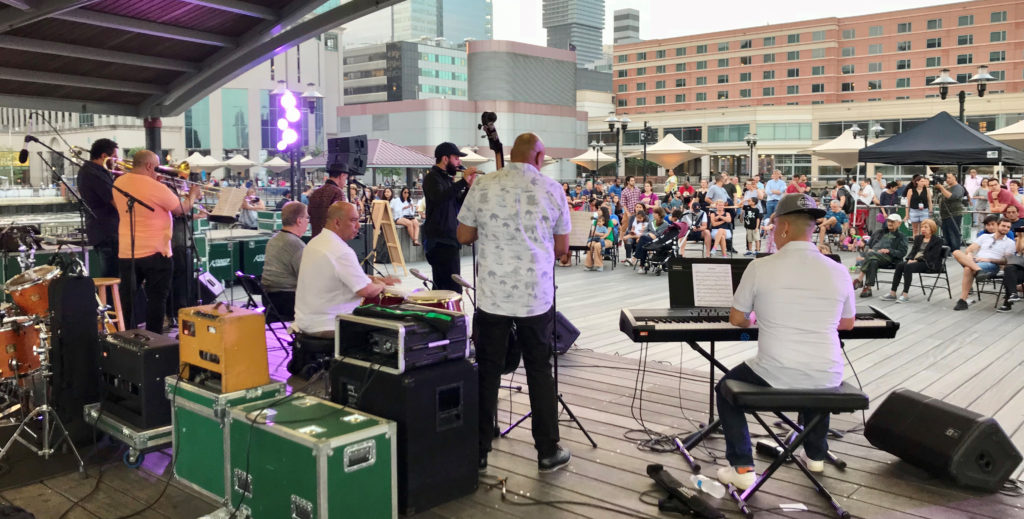 Special improvement districts (SID) enhance municipal downtowns all over the state. Jersey City, the second largest municipality in the State, is lucky enough to have six SIDs! Jersey City is a collection of multiple neighborhoods with its respective ‘main street’. Each SID board and management team provides various activities to support the businesses and surrounding neighborhoods, respective of the culture and community. 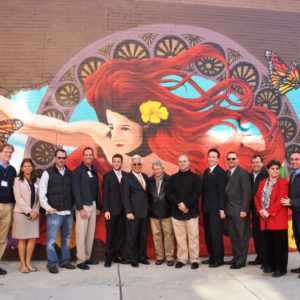 One of the first SIDs in the State (and Jersey City’s first) is Central Avenue Special Improvement District (CASID) formed in 1992. The Central Avenue business district in the Heights runs down Central Avenue between Manhattan Avenue and North Street. The CASID focuses on improving the streetscape appearance and shopping atmosphere. The CASID has mastered creative placemaking with its access to the numerous artists that live in the neighborhood and adjacent to the Riverview Arts District. From window painting on participating storefront uniting the community, schools and businesses to public art and street fairs, CASID offers an outdoor gallery of artistic expression. CASID commissioned artists in the community to paint murals on select exposed building walls. The murals have reenergized the district and made it a destination for artists and art lovers. Over 27 years, the CASID has hosted street fairs like the ‘Everything Jersey City Festival’ and ‘Auto and Music Show’. 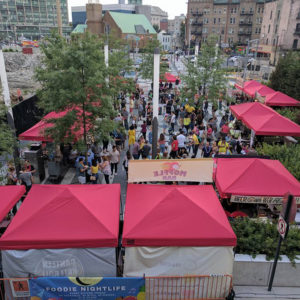 Formed in 1995, Jersey City’s second SID, the Journal Square Restoration Corporation Special Improvement District is one of the largest districts and is the cultural and transportation center of Jersey City. Journal Square SID organizes maintenance and security programs that supplement private and public services, as well as year-round community outreach and marketing programs. Starting in the Fall of 1999, the SID managed a major reconstruction project with a new pedestrian plaza, a central fountain, new lighting fixtures, street signs, brick paved sidewalks, and landscaping throughout the district. Journal Square SID hosts a Farmers Market twice a week, and added café seating to the plaza with live music entertainment. On weekends in the warm weather months, the SID brings a pop-up market with various vendors and food trucks to Magnolia Plaza (see P3 feature article from 2018). The Journal Square area is going through a renaissance with new buildings, movies being filmed at the historic Landmark Loew’s Theatre, and a museum in the works steps from the PATH. 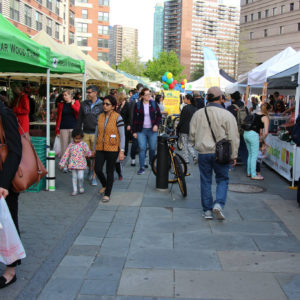 Formed in 1998, the Historic Downtown Special Improvement District (HDSID) has transformed the district to a destination for multiple generations of residents and visitors alike. The district, covering Newark Ave and Grove Street, hosts several large-scale events throughout the year. The HDSID utilizes the Grove Street Path Plaza to bring a Farmers Market twice a week and the ‘Artist & Makers Market’ weekly from Spring until the winter holidays months. ‘Groove on Grove’ is the HDSID’s live concert series featuring free jazz, rock, and classical music on Wednesdays, May through September. The HDSID’s premier ‘All About Downtown Street Fair’ in September welcomes over two hundred vendors featuring local businesses, entertainment, and culture, and draws thousands of people. The HDSID is home to the City’s first pedestrian mall, established in 2015 along Newark Avenue. The City improved the pedestrian mall area to include tables and umbrellas, stone pavers, planters, benches, pedestrian safety bollards, and other public space features. The multitude of shops and restaurants on the pedestrian mall benefit from larger sidewalk cafes and shoppers that linger. 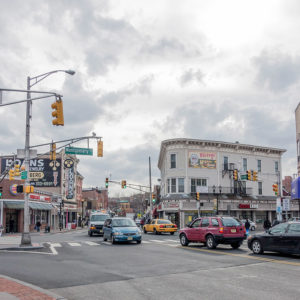 The fourth SID in Jersey City, formed in 1998, is McGinley Square Partnership. At the heart of Jersey City, McGinley Square Partnership SID contains the intersection of Montgomery Street and Bergen Avenue with historic landmarks, schools, and businesses reflecting the community. McGinley Square SID has it all from H. Schoenberg Pawn Shop founded in 1895 and Lee Sims Chocolates since 1962 to El Cocotero Venezuelan restaurant who started seating diners in 2017 and Crema ice cream and coffee shop that opened in 2018. The SID promotes local businesses with social media and publishes a monthly shoppers’ guide to bargains, specials, and services offered by local merchants in the McGinley Square Shopper. Since 1998, the Partnership runs a Thanksgiving Turkey Contest that unites businesses and the community. 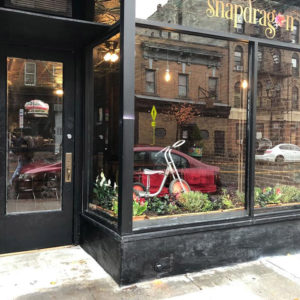 From the first to the most recent SID— the Exchange Place Alliance Special Improvement District is focused on capital improvements from repairs and maintenance, landscaping, and programming. This district spans more than one street and covers several city blocks on the Jersey City waterfront from Sixth Street to Morris Canal Park and west towards Marin Boulevard. Since its formation in early 2017, the Exchange Place Alliance has made vital improvements including J. Owen Grundy Pier light installation, Sister City flag upkeep (Montgomery between Hudson and Greene Streets) for the municipality, and remounted the Korean War Memorial American flag. The district is also a prime location for events taking advantage of the Manhattan skyline backdrop. The Exchange Place Alliance hosted the Jersey City Freedom and Fireworks July 4th celebration, Halloween Pumpkin Patch & Fall Festival, and the Riverview Jazz Festival.

In December 2018, the City Council of Jersey City passed a resolution approving the creation of the City’s seventh SID on West Side Avenue. The West Side Avenue businesses and community will benefit from their own SID that will revitalize the area and draw shoppers to the area.

In addition to the six (and now almost seven) SIDs, Jersey City has Jersey City Economic Development Corporation (JCEDC), a private, non-profit 501(c)(3) corporation, that supports and advocates for the SIDs and their goals. JCEDC promotes and facilitates economic development throughout Jersey City, working in conjunction with City Officials serving the people and business community.

In Jersey City, our six SIDs have their own personality that matches their neighborhood. This is one big City that is flourishing with Central Avenue, Exchange Place, Historic Downtown, Jackson Hill Main Street, Journal Square, McGinley Square, and soon West Side Avenue all doing their share to Make Jersey City Yours.