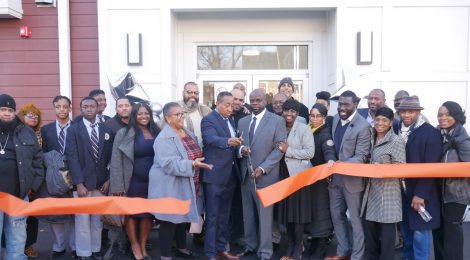 East Orange Takes Local Energy to the Next Level

/ / Comments Off on East Orange Takes Local Energy to the Next Level / Articles, Member Updates

The City of East Orange is experiencing a building boom. The Clinton Grand with 20 brand new luxury units replaced an empty lot on North Clinton Street. This past summer there was a groundbreaking for The Modern, a 123-unit building on the corner of Sussex Avenue and North Grove Street. There are four brand new high rises gracing the skyline all along South Harrison Street – a mixture of ground up and creative reuse done by Blackstone 360 called the Aura 240, the Essence 144, Lotus 315, and Indigo 141.

And why wouldn’t there be a boom? East Orange is home to two NJ Transit Stations on the Morris Essex line – a fact these residential buildings communicate loud and proud on their websites, multiple commercial corridors, proximate to New York City, and home to two of New Jersey’s main thoroughfares – Route 280 and the Garden State Parkway to be specific. But East Orange’s pull goes beyond these transportation and locational assets. The most important ingredient has been the proactive and inclusive growth environment that Mayor Ted Green and East Orange City Council have created. 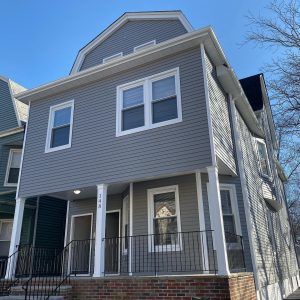 New investment in East Orange is coming from a variety of sources, large and small, local and regional. What is particularly noteworthy is how entities and individuals of color with deep roots in East Orange are leading the charge. Airaj Hassan, owner of Blackstone 360, opened the Indigo at 141 Harrison Street in 2012 and demonstrated that East Orange is a viable market for market-rate residential development. The Clinton Grand was developed by East Orange natives Sa’id and Gigi Boykins, long time business owners and residents who wanted give back to the community. The Modern, on the site of the former Blood Center of New Jersey, is being developed by Hero Construction owned by Larry and Dennis McNeil. The City is also working with a number of small, first-time and minority-owner developers to rehab and build new market rate and affordable housing throughout our neighborhoods, including the Greenwood Redevelopment Area, a section of the City with a predominate amount of multi-family dwellings. Moreover, on many projects, the developer has consented to a community benefit contribution to fund important priorities for the City.

There are several projects that will provide affordable housing opportunities. The Crossings at Brick Church will create 800 units and almost 20% will be set aside as affordable.  We are working with the East Orange Housing Authority to build 60 affordable housing units for seniors at 160 Halsted Street with 15 units reserved for homeless persons with a preference for homeless veterans. We are also working with the Housing Authority and TD Partners to build 175 housing units at the corner of North Walnut Street and William Street. Almost 40% of the units are slated to be affordable. 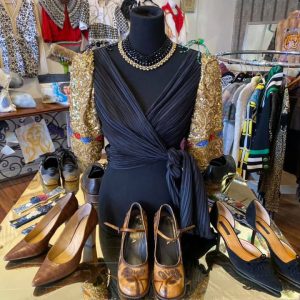 Products on Display at new business – House of BAV.

In addition to these development projects, individuals with strong ties to the community are opening stores to address the unmet retail needs of our residents. Within the past year or so, these entrepreneurs have opened more than 15 establishments along the City’s main commercial corridors.  Many of the establishments are the type of eateries specializing in diverse and healthier options that East Orange residents have been demanding. During an interview this summer, for instance, local business owners of East Orange’s Urban Cyclery, Ozzie and Glenda Hansen stated, “We encourage residents of East Orange to stay and be part of the growth.”  Mayor Green agreed, saying “We are incredibly excited that so many East Orange natives and residents have decided to invest in their hometown. As a native myself and a local business owner for nearly 30 years, I am extremely committed to seeing our city move forward.”

Mayor Ted Green and our City Council are taking measures to ensure the building boom maximizes benefits for existing businesses. For instance, there are projects in the pipeline that will increase foot traffic on Main Street and increase much needed goods for East Orange residents. The most notable is The Crossings at Brick Church, a proposed project that would provide more residential units in a transit rich location, a new and more modern ShopRite, additional retail anchors, and new restaurants. 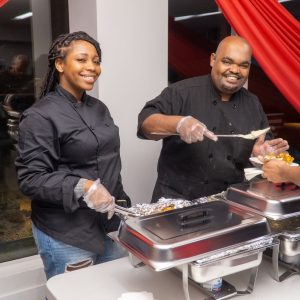 To highlight and promote the various entrepreneurs who have invested in, and are continuing to make investment that make East Orange a better place to live, East Orange organized a series of first time-events this year. East Orange’s first ever East Orange Eats Local Restaurant Week to put the spotlight on the local eateries and celebrate their contribution to the city’s vibrancy, and culminated with A Taste of East Orange where local entrepreneurs gathered on the rooftop of one of the new residential buildings to serve and network with a wall-to-wall crowd of hungry residents from East Orange and the surrounding areas. An attractive East Orange Shops Local Guide published online in December encouraged residents to support small businesses all year long.

Despite the progress, we recognize that there is more work to be done to bring revitalization to all of our neighborhoods and maintain affordable housing.  Mayor Green and the East Orange City Council are committed to continuing the progress and by keeping inclusion at front of mind, ensure that not only are East Orange residents benefiting from investments being made in the city, but that they are leading the charge.

Dan Jennings has more than 25 years of experience as an entrepreneur and a real estate and economic development professional. Prior to joining the administration of East Orange Mayor Green, Dan was a senior advisor for the Rhode Island Commerce Secretary. In the role, he created and led a number of programs to help grow small businesses throughout Rhode Island. Previously, Dan spent almost five years in Newark, first as the SVP for real estate with the Brick City Development Corporation and then as deputy mayor for economic development. Dan has also held senior positions with Thor Equities, K. Backus & Associates, and with the Queens Borough President and New York City Economic Development Corporation. Follow the City of East Orange @EOCityHall on Twitter, Instagram, or Facebook.