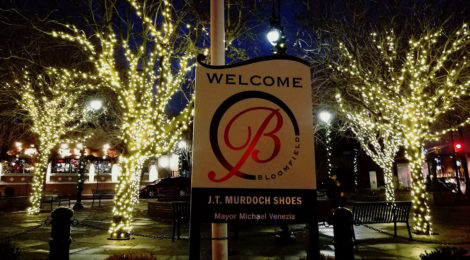 The “Bloom” is on the Rise in Bloomfield

/ / Comments Off on The “Bloom” is on the Rise in Bloomfield / Articles, Member Updates

Located in the southern end of the township, Bloomfield’s downtown area is currently experiencing an exciting revitalization generating some buzz in various circles. Also known as Bloomfield Center, new residents, motivated entrepreneurs, and visionary investors are beginning to recognize the area’s potential growth and great promise. With this resurgence, downtown Bloomfield is making its mark as a desirable destination for residents and visitors. Since 2001, the Bloomfield Center Alliance (BCA) has worked diligently on behalf of the township to maintain, promote, and improve the downtown district. Its efforts are aimed at bringing people to Bloomfield Center, so they can see this transformation, experience the new sights and sounds, and spread the word about its exciting future.

In recent years, the area has seen a significant boom in housing development, which has brought several hundred new residents helping to bring a dynamic vibrancy to the downtown. Two of these developments – The Green and Avalon-Bloomfield Station – are located within blocks of the district’s main intersection and train station. The area was designated a transit village in 2003, and there are plans in place to completely restore its historic train station in the near future. In addition, construction will soon commence on two more residential developments that, between them, will bring another 300+ apartments, a parking garage, and community space for an arts and cultural center. The residents moving into these new apartments reflect the growing diversity of the area that is helping to make downtown Bloomfield an increasingly desirable place to live, work, and visit. 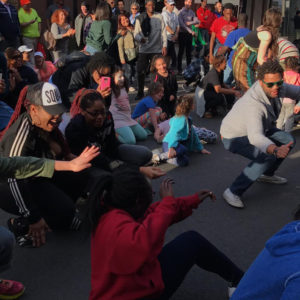 With more people now calling Bloomfield Center home, the BCA has been focused on creating new reasons for residents and visitors to experience it in various ways. In 2016, the BCA coordinated the first downtown Block Party, which has since become a popular annual event. Restaurants around town are invited to serve their best “eats and treats,” while attendees are entertained to a full day of music courtesy of a local band and party deejay.

The BCA keeps the downtown happening in the subsequent summer months with two outdoor series. Cool cars and classic tunes are on tap Wednesday evenings during Cruise Nights, where vintage cars go on display along the first block of Broad Street while a popular local deejay spins great tunes from “back in the day.” Special “Cruise Night Deals” from nearby restaurants encourage visitors to patronize local businesses while hanging out in Bloomfield Center. 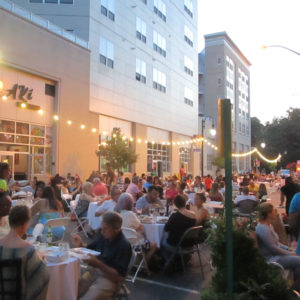 Dinner under the Stars, BCA’s Friday night “al fresco” dining series, just completed its second year. Restaurants located on the first block of Washington Street set up outdoor tables and seating and offer full service dining from their menus. The BCA brings in additional “community” tables and chairs, transforming the one block stretch into an outdoor dining courtyard. While enjoying a nice sit-down meal, diners are entertained by local musicians creating a cool vibe on warm summer evenings. Whenever possible, the evening includes special attractions like pop-up art galleries, an artist/jeweler vendor marketplace, and “Yoga under the Stars” sponsored by a Bloomfield Center exercise studio.

Another huge event for Bloomfield held near the downtown is the annual fall Harvest Fest, which attracts thousands each year and provides another for visitors to see the ongoing transformation taking place in the center of our town.

Many downtown events focus on dining and food given the area’s burgeoning restaurant scene. The recent opening of several widely acclaimed, high profile restaurants means the downtown is gaining the attention of area foodies looking to enjoy various types of cuisine (several were specifically mentioned in an online article posted on NJ.com in March, which referred to Bloomfield as one of the state’s “great food” towns). Another initiative started in 2016 is the Dinner and a Show Campaign – a partnership with Bloomfield College. Its Westminster Arts Center, located less than a block from the downtown’s busiest intersection, is home to several professional theatrical companies who produce a number of high-quality musicals and dramatic shows throughout the year. This program provides an incentive for ticket holders to dine at one of several participating restaurants and take advantage of exclusive discounted pricing. The goal, of course, is to promote not only Bloomfield Center as a culinary destination, but also as a place to experience the performing arts.

Along with special events and activities, the BCA is working to beautify the downtown area. Initiatives currently underway include:

Things are clearly “blooming” in this up and coming downtown whose future promises many exciting changes that are sure to bring new residents, more visitors, and viable businesses to Bloomfield Center. The BCA and its various partners/supporters are committed to helping the downtown achieve its full potential.