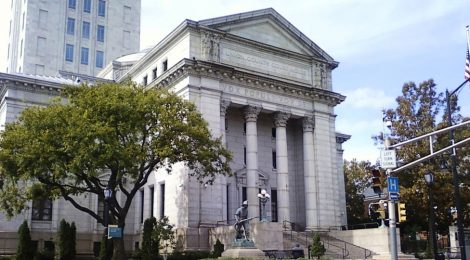 On Oct. 19, 2015, the Superior Court handed down a ruling that limits municipalities’ discretion in creating special improvement districts (SIDs). The issue at hand was whether a city is permitted to include in its SID the entire municipality (with the exception of residences) under the enabling statute N.J.S.A. 40:56-65 et seq. (the “Statute”). The case is now on appeal, but if the ruling is allowed to stand, it could limit the options for municipalities that want to create and/or expand their SIDs to reflect local conditions and priorities.

The facts of the case are as follows: The Rahway City Council sought to expand the city’s SID in an effort to revitalize Rahway Center and the city as a whole. Specifically, the council found that expanding the Rahway SID would help to “strengthen the economic, cultural, institutional, residential and commercial contributions of Rahway Center and other commercial areas of the city for the benefit of the residents and property owners of the city,” while preserving the historic past of Rahway Center and Rahway as a foundation for its future. The plaintiff, Friends of Rahway Business LLC, contended that Rahway exceeded its authority in expanding the SID throughout the municipality.

The Superior Court in Union County found that a SID was restricted to “more or less contiguous” downtown centers. The court invalidated two Rahway ordinances that expanded the city’s existing special improvement district to virtually all its commercial properties. The court decision runs counter to the presumption of validity afforded such ordinances and also to the stated broad discretion afforded municipalities to create such districts to further their “local needs, goals and objectives” as set out in the Statute. The court further said that if such flexibility in defining a SID were afforded, every municipality would declare the entire municipality a SID in order to collect additional assessments.

This argument is unfounded. The Statute specifically requires that special assessments be for supplemental services that benefit, either directly or indirectly, the properties contained within the SID, and not as a back-door replacement tax. N.J.S.A. 40:56-73. Second, the court did not adhere to judicial precedent. The New Jersey Supreme Court in the 1999 case 2nd Roc-Jersey v. Town of Morristown has held that SIDs can benefit, and can incorporate, properties that are not “in or near” the downtown business district. Indeed, the Morristown business district at issue in 2nd Roc spreads throughout the entire municipality, much like the Rahway SID at issue here. The Supreme Court in 2nd Roc recognized that urban centers, such as Rahway, need tools such as special improvement districts, and that those tools should be made available with extraordinary flexibility.

We will keep Downtown New Jersey members apprised of the progress of the appeal, but if it is allowed to stand, it will set an important precedent for downtowns and urban areas throughout the state.