Browse: Home   /   Municipal Ordinances: Is Your Town Open for Business? 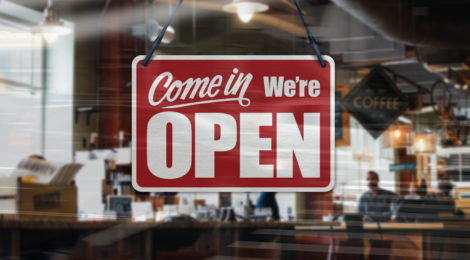 Municipal Ordinances: Is Your Town Open for Business?

A recent glossy four-page insert in The New York Times from Restoration Hardware—touting its upcoming 90,000 square foot store in Manhattan—proclaimed that “The death of retail is overrated.” That’s the good news. Now for the bad news. Many, if not most, of New Jersey’s municipalities are not ready for the “new” retail landscape that we face in 2018. There is a new wave of retail, often referred to as “experiential retailing,” that’s showing up in downtowns across the country. Many of the towns and cities in New Jersey have antiquated municipal codes in desperate need of an upgrade—some of these codes may not allow these businesses. I’m talking about game arcades, children’s play spaces, tattoo studios, electronic showrooms, event spaces, sip and paint stores, and pet groomers, to name a few. Now, you may not consider some of these uses as “new,” but until this month, every single one of these businesses was banned in the South Orange Village Center. Added to the list of no-no’s? Real estate offices! It’s hard to imagine a downtown without at least one real estate office showcasing plentiful housing stock. Welcome to South Orange.

As a consequence, South Orange had been seen for years as a town where it was difficult to both open a business and conduct business. To address the issue of outdated municipal ordinances, the South Orange Village Center Alliance (SOVCA) helped to establish the South Orange Business Code Review Task Force in 2015. Comprised of representatives from SOVCA, as well as government officials including the Village President (Mayor), Board of Trustees (Council), Business Administrator, and numerous business owners, the Task Force sought to reexamine all the ordinances related to opening a new business or doing business in South Orange. The task force looked not only at land use, but also design elements such as signage, awnings, and window displays.

Originally, it was anticipated that the Task Force would take about six months to complete its work and turn its findings into a new ordinance. Boy, was that wrong! How about three years!?! That’s right, it took almost three years to complete a full inventory of current ordinances as they relate to business, conduct research, receive feedback from stakeholders and the public, draft and introduce the ordinance, and finally pass the ordinance into law. Although a time-consuming process, it was certainly worth the effort because, as of September, South Orange now has an up-and-running ordinance that prepares it to recruit and retain the kinds of businesses that will help keep downtown dynamic and responsive to the needs and desires of residents and visitors. No longer will South Orange have to turn away a paint and sip establishment because it was designated a place of “general assembly” under the old code and disallowed, a combination tattoo parlor/art gallery because tattoo parlors were illegal, or a kids’ gym because it was only allowed on side streets. Yes, those were actual laws. Talk about an entrepreneurial buzz kill!

You may wonder how the task force figured out what new businesses it wanted to see in South Orange. The first step was to determine what sorts of establishments were banned in town, or what was allowed only on certain streets depending on zoning. The second step was to visit the downtowns that are oft admired, such as Montclair, Morristown, and Summit, to name a few; to take a firsthand look at what those towns were doing right and assess what kinds of businesses comprised the retail mix of a dynamic downtown. Next, the task force created a comprehensive list of businesses it would like to see in South Orange; including those net yet experienced in New Jersey downtowns, but heard about through industry talk. For example, have you ever heard of b8ta? It’s a new store where customers can try out new tech products from smaller, independent companies and then buy them online. Brilliant—and coming soon to the Short Hills Mall.

Working with South Orange’s planning firm, Topology, the task force divided the business district into three corridor categories: the main thoroughfare (South Orange Avenue), the side streets, and the secondary prominent thoroughfare (Valley Street). The task force then determined which of those three corridors were appropriate for each use and on which floors—first floor and above, or upper floors only. For example, the task force thought co-working spaces were great for the first floor on side streets and on Valley Street, but since there are a limited number of storefronts on South Orange Avenue, it wanted to preserve those for retail and food uses. So, co-working was not allowed on the first floor on the Avenue.

Finally, with the assistance of township counsel, the task force turned all the data into an ordinance, which was an elaborate process. Zoning districts did not directly comport with the three identified corridors, so land use needed to be applied differently within each of the business zones based on individual streets and floors. In other words, a challenging puzzle!

This story ends well, though, because on August 13, 2018, the ordinance passed on second reading and is now the law of the land! So, what’s the moral to this story? It’s very simple: If you want to ensure that you have a thriving downtown that’s primed for the “new” retail landscape of the twenty-first century, take stock of the municipal code as it relates to land use in the business corridors. If you discover that your municipality has outdated ordinances, you need to collectively roll up your sleeves and get to work to fix those ordinances before South Orange gobbles up all the great new businesses and leaves your town in the dust!

Bob is happy to speak with anyone about this process in more detail, so please free to reach out to him at (973) 763-6899 or bob(at)sovillagecenter.org.

← Downtown Managers Round Table: Reducing Barriers to Economic Development
The “Bloom” is on the Rise in Bloomfield →