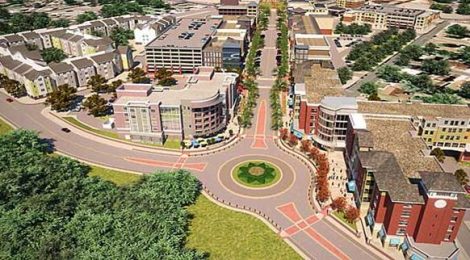 At one of the breakout sessions at this year’s New Jersey Future Redevelopment Forum, Joe Getz from the downtown economic-consulting organization JGSC Group gave a clinic on the importance of using good data to make decisions on downtown redevelopment projects. The familiar developer refrain “We’ve done this many times,” he cautioned, “is not data.”

There are lots of kinds of data besides demographic and Census data, he said, including interviews, surveys, and economic analysis. Such data tell us who will buy the housing we plan to build; who will shop in the stores; who will dine in the restaurants and what kind of dining they like. Census data doesn’t include any of those things, but they’re crucial to putting together redevelopment plans that will work.

Mr. Getz summarized a 2014 survey of local officials and downtown executives conducted jointly by JGSC and New Jersey Future. He noted the mismatch between how many municipalities had redevelopment plans and the much smaller number that had actually taken steps toward implementation, saying that adopting the plan is just the first step. He urged attendees not to wait passively for developers to show up once a plan has been adopted, because they may not be bringing what a municipality needs.

The survey also revealed a mismatch between what respondents think is important in implementing redevelopment plans, and what they say they’re good at. They know that marketing financially sustainable redevelopment opportunities proactively is important, but they didn’t rank themselves high in their ability to do that.

Mr. Getz then discussed the redevelopment of Rowan Boulevard in Glassboro as a case study in how good data can lead to the right set of actions. Before redevelopment, he said, downtown Glassboro was struggling, with empty lots and underutilized, old, tired buildings. The downtown itself served as a disincentive to business investment.

In addition, there was no connection at all between the downtown and Rowan University; in fact, Mr. Getz said, Glassboro officials didn’t realize they were a college town, and had never nurtured any relationship with the college. His point: Building a relationship with anchor institutions — colleges, hospitals, other large employers — can help local officials understand not just who lives in a town, but who uses it during the day. (Census data covers only residents, but employers, shoppers and other visitors also need to be taken into account.)

Once they understood the potential that a college of 7,400 students offered, Glassboro officials decided to connect the college to downtown via a new road, to be called Rowan Boulevard. Then, before doing any research, they developed a plan to put 72 townhouses and 154 apartments along Rowan Boulevard.

When JGSC got involved, the first question they asked was, What does everybody want? It turned out local officials didn’t even know who everybody was, let alone what they wanted. All they knew was that they had a certain number of people who showed up at every council meeting to object to the plan. “Was this the tip of the iceberg?” Mr. Getz asked, “Or the entire iceberg?” So they conducted a survey to elicit information not available through Census or syndicated data.

They learned through the survey that those who showed up at every council meeting were in fact “the whole iceberg:” Survey results said 78 percent of those asked supported major redevelopment along Rowan Boulevard. Survey results, Mr. Getz said, can provide political cover against a small but vocal group of objectors.

They also learned that people were coming from as far as 10 miles away for regular shopping at least twice a week. Within that radius from downtown Glassboro were 337,000 people, not just the town’s 19,000 residents. A calculation of what those people spend on goods and services not offered in Glassboro provided the marketing hook for future retail tenants, Mr. Getz said, as well as the justification for expanding the plan: Glassboro could build to satisfy that unmet demand.

They also surveyed students, another group not captured by the Census, and then calculated their discretionary spending potential — that is, spending on things besides groceries, books, and room and board. This too was spending not going to Glassboro merchants, that represented unmet demand.

They concluded they needed a new plan, which grew to six stories of housing, plus retail including a sought-after Barnes and Noble bookstore, plus office space, plus a hotel for parents when they visit the Rowan campus. Everything the survey told them could be supported got included. The plan grew eightfold.

They laid the plan out on a spreadsheet, and used that spreadsheet, with the financial calculations, to explain the plan to the community. And from that point forward the community took ownership of it because they saw its potential, and urged the town to move forward with it. “Build this,” they said.