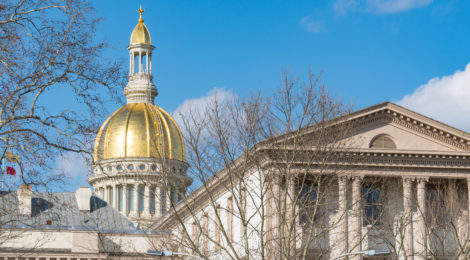 (The following article was reprinted with permission from Greenbaum, Rowe, Smith & Davis LLP.)

On August 10, 2018, New Jersey Governor Phil Murphy signed into law a bill establishing a “credit” system to aid redevelopment efforts while ensuring that municipal authorities are equitably compensated for connecting into their system.  The legislation, S1247/A2779, was jointly crafted over several years by the New Jersey Builders Association and the Association of Environmental Authorities.

If no connection fee was paid, but the property has been connected for more than 20 years, eligibility for credits will be calculated based upon the previous history of paying service charges.

Redevelopment continues to be the most significant part of construction in New Jersey. This new law will benefit and incentivize redevelopers, while being respectful of the costs of entry to connect to a water or sewer system.

The authors of this Alert, Robert S. Goldsmith and Irene Hsieh, contributed significantly to the crafting of the new legislation on behalf of the New Jersey Builders Association, of which the firm is a Master Sponsor.  Robert S. Goldsmith is a Partner and Co-Chair of the Redevelopment & Land Use Department at Greenbaum, Rowe, Smith & Davis LLP. His practice focuses on redevelopment, downtown and urban revitalization, transit oriented development, project financing and incentives, sustainable building initiatives and public-private partnerships. Irene Hsieh is an Associate in the Litigation Department at Greenbaum, Rowe, Smith & Davis LLP where she concentrates her practice in commercial litigation.