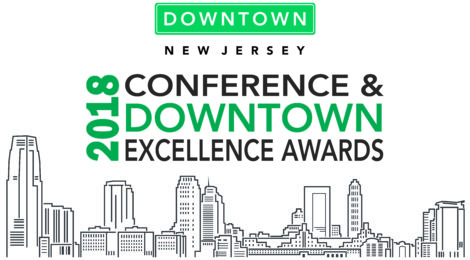 The conference included welcoming remarks from DNJ President and well-known redevelopment attorney Robert Goldsmith, Esq. who lamented the potential impact of proposed redevelopment legislation on the revitalization of downtowns. Goldsmith also praised the conference host city, as a place “where millennials and other forces have stimulated a remarkable urban renaissance, reflective of the renaissance ongoing in many New Jersey downtowns.”

Annisia Cialone, the recently appointed Director of the Department of Housing, Economic Development and Commerce (HEDC) for The City of Jersey City provided keynote remarks including a visual timeline of Jersey City’s development since the mid-Twentieth Century. Cialone described the evolution of the City from a landscape dominated by railroads and industry to its modern skyline of high-rise apartments, condos and office buildings.

The first panel discussion included a presentation of two studies about downtown business improvement districts (BIDs) by Dr. David Listokin of the Bloustein School of Planning and Policy at Rutgers University and Jef Buehler of the NJ Department of Community Affairs. After the presentations, downtown managers on the panel and in the audience engaged in a dialogue about the evolving nature of BIDs. According to one panelist, Stuart Koperweis of Economic Development Strategists, the discussion “confirmed the need not only for improvement districts, but their increasing and evolving role in partnering with the municipalities to create economic growth and revitalization.” He continued, “there is a need for an ongoing dialogue between managers of the districts and government officials.”

The second panel was a discussion among real estate industry leaders about adapting to change in light of shifts in demographics and market demand. Moderator by Kevin Riordan, Director at the Rutgers Center for Real Estate, seamlessly steered an engaging conversation between Christopher J. Otteau of Otteau Group, Debra Tantleff of TANTUM Real Estate, Tyler Bennett of Bennett Realty & Development, and

Jeremy Neuer of CBRE. Topics ranged from the evolution in housing demand from the suburban home with a yard to condos requiring little maintenance in a walkable downtown; to trends toward “experiential” retail; to the impact of driverless cars. “As New Jersey downtowns grapple with a myriad of issues from housing affordability to thriving retail businesses to creating and/or retaining employment drivers,” said Tantleff, “it is critical to appreciate the larger growing social, economic and demographic trends that are driving these end users so that towns can position themselves and plan for their futures accordingly.”

The conference also celebrated initiatives that have made a major or sustained impact on downtown economic development in New Jersey at an awards ceremony during lunch. “Every year, we are more and more impressed by the dedication and creativity of downtowns in their efforts to provide services, engage new audiences, and promote the economic development of their downtowns,” DNJ’s Executive Director, Courtenay Mercer said. “We are privileged and honored to recognize these efforts through the annual Downtown Excellence Awards.” This year’s recipients included the Wildwood BID, Bloomfield College, Newark Museum, Springfield BID & the Gruskin Group, and the Williamstown Economic Development Committee.

After a walking tour of downtown Jersey City led by the City’s Planning Director Tanya Marione and HDSID Director Rachel Seig, conference attendees enjoyed a reception at one of the city’s premiere music venues – White Eagle Hall. The reception was open not only to DNJ, but included local leaders, artists, and community organizers, providing an opportunity for further networking.

With a crowd of over 100 developers, lawyers, downtown professionals, public officials, and community organizers participating throughout the day; Goldsmith celebrated the conference as “an engaging, well-attended event providing insights into issues and tools impacting downtown revitalization.”

Organizations Represented at the 2018 Conference

Photos of the 2018 Conference and Downtown Excellence Awards 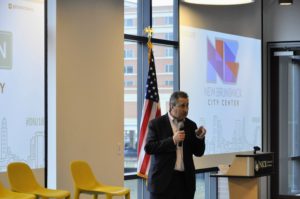 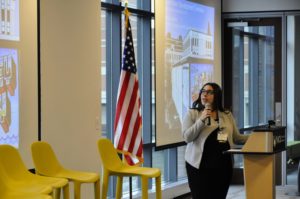 Annisia Cialone, Director of the Department of Housing, Economic Development and Commerce (HEDC) for The City of Jersey City 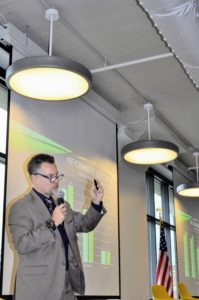 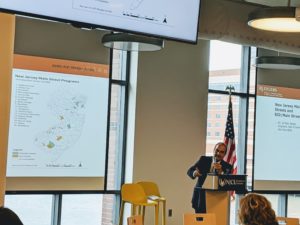 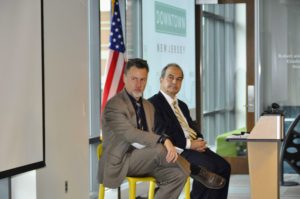 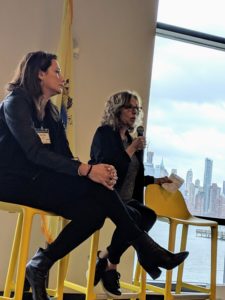 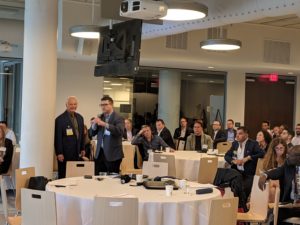 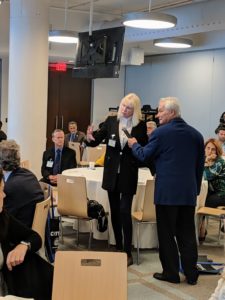 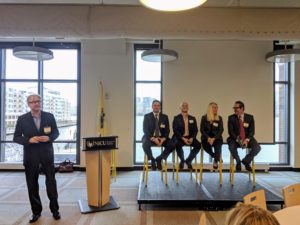 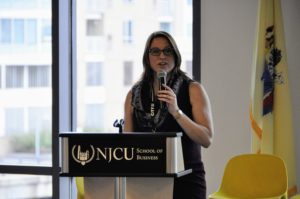 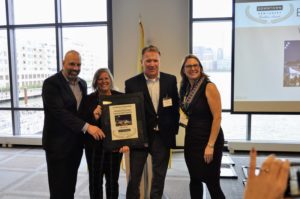 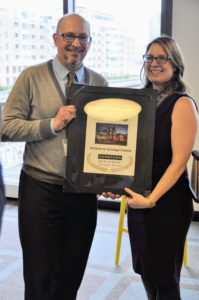 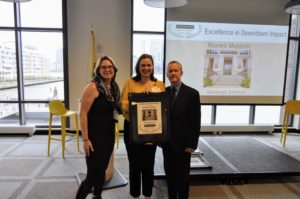 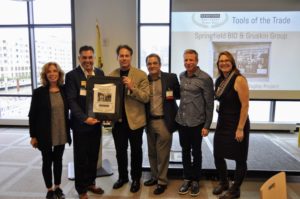 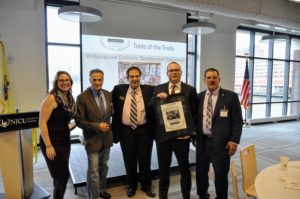 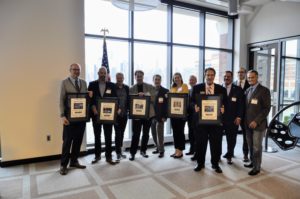 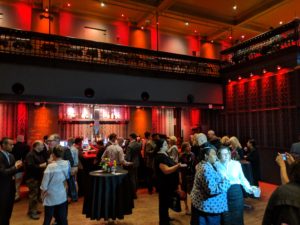 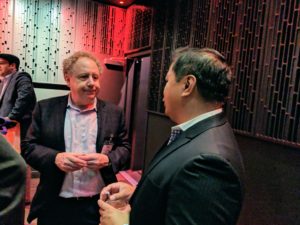 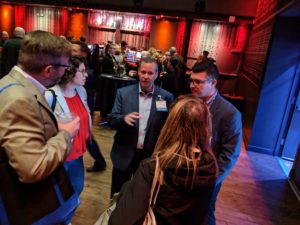 More information about the 2018 Conference

Thank you to our sponsors! 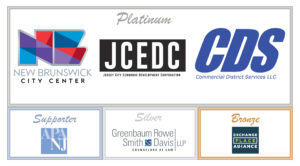